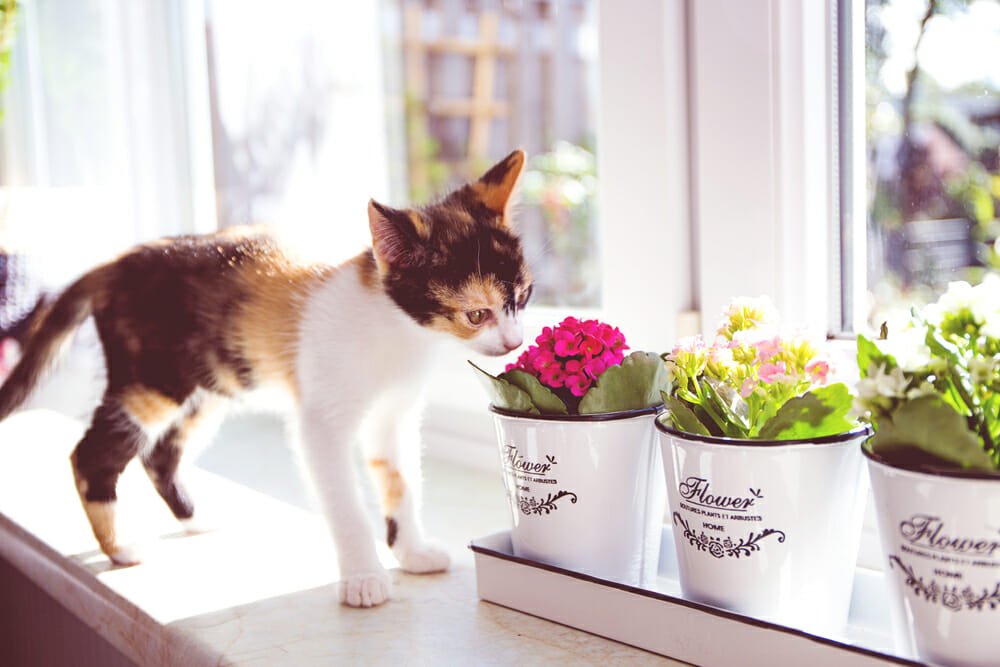 Here is a list of some common summer plants that are toxic to dogs and cats.

Ivy: Not all Ivy plants are toxic; the toxic component is the triterpenoid saponin. Common symptoms include: Vomiting, diarrhea, excessive salivation and drooling, abdominal pain

Gladiola: Gladiola is a very popular perennial plant. All portions of the plant are toxic, especially the bulb. Dogs can also choke on the leaves and bulb of this plant. Common symptoms include — drooling, vomiting, diarrhea, lethargy.

Daffodil: All parts of the daffodil are toxic. Symptoms are not usually life-threatening and resolve within a few hours. Common symptoms include –intestinal spasms, low blood pressure, salivation, vomiting, diarrhea, cardiac arrhythmia.

Chrysanthemum: This plant contains pyrethrins which kill insects by attacking their nervous systems. Cats are more sensitive than dogs to this plant due to their liver metabolism pathways. Common symptoms include — vomiting, diarrhea, skin rash, drooling.

When people think about owning exotic pets, they often overlook the importance of bringing in the animal for annual health exams - the same as any dog or cat would get each year.

With recent changes to restrictions on businesses, we have made some important updates to our operating policies.

1. WE CAN NOW SEE ALL CASES BY APPOINTMENT ONLY

2. SAFETY MEASURES TO KEEP EVERYONE SAFE

We are OPEN with the following hours:

Have you welcomed a new furry family member to your home? We’d love to meet them! Visit our Must Know New Pet Owner Information page for useful resources and helpful recommendations for new pet owners.

Thank you for your patience and understanding and we look forward to seeing you and your furry family members again!